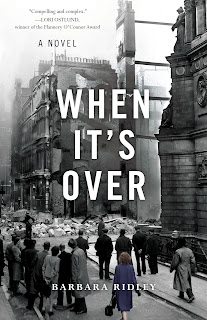 A Book and a Chat with Abbie Johnson Taylor

I was born in New York City on June 1, 1961. After about a year, my family moved to Boulder, Colorado. When I was about four years old, we moved to Tucson, Arizona, where we lived for about eight years. I attended the state school for the deaf and blind for about five and a half years before being mainstreamed into a public school. In 1973, we moved to Sheridan, Wyoming, and I continued to attend public schools.

After graduating from Sheridan High School in 1980, I went to Sheridan College for two years and received an AA degree in music. I then transferred to Rocky Mountain College in Billings, Montana, where I received a BA in music two and a half years later. After that, I studied music therapy at Montana State University in Billings for two years, but I received no degree. I then completed a six-month internship at a nursing home in Fargo, North Dakota and returned to Sheridan in 1988.

About six months later, I started working as an activities assistant at a nursing home. I worked there for fifteen years. During that time, I also volunteered at other facilities that served senior citizens in the Sheridan area. I facilitated a support group for the visually impaired, taught Braille, and served on the advisory board to a trust fund that allowed visually impaired people and the agencies that served them to purchase adaptive equipment and services. I also joined the YMCA and a women's singing group. In 2005 when I married my husband Bill, I quit my job and other volunteer obligations so I could write full time.

My work has appeared in various publications including The Weekly Avocet and Magnets and Ladders. A romance novel, We Shall Overcome, was published in July of 2007 by iUniverse. A poetry collection, How to Build a Better Mousetrap: Recollections and Reflections of a Family Caregiver, was published in December of 2011, also by iUniverse. In August of 2014, my third book, That’s Life: New and Selected Poems was published by Finishing Line Press. A memoir, My Ideal Partner: How I Met, Married, and Cared for the Man I Loved Despite Debilitating Odds was published by DLD Books in August of 2016.

Bill and I made our home here in Sheridan. After we were married, Bill suffered two strokes: one in January of 2006 and one in 2007, leaving him unable to use his left arm and leg, and I cared for him at home for six years. In September of 2013, I was forced to move him to a nursing home because he was losing strength and getting harder to lift. A month later, he passed away.

I would like to invite you to visit my blog which I update at least once a week. Thank you for stopping by. I hope you enjoy reading my work.
Posted by storyheart52 at 1:48 PM No comments:

Email ThisBlogThis!Share to TwitterShare to FacebookShare to Pinterest
Labels: A Book and a Chat, Abbie Johnson Taylor, Barry Eva, How to Build a Better Mousetrap: Recollections and Reflections of a Family Caregiver, newvisionsradio.com, poetry, We shall Overcome