A Book and a Chat with Robert Graves

To listen to "A Book and a Chat with Robert Graves click here: 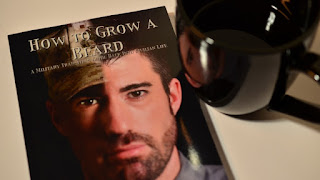 About Robert graves (Taken from his web site)


A Little about myself:
I grew up in a non-traditional household, splitting time between fighting parents.  I experienced things no child should have to go through, and created a toughness that was the foundation of the cast-iron man I am today.  Because of the separation of my parents, I became accustomed to adapting to new living situations because of having to split time between the two, therefore being forced to live in an ever-changing household.  This rocky beginning seemed to prepare me for the 10 years I would come to spend in the United States Marine Corps.
I proudly served in a time of peace, and also in a time of war.  During my time in the service, I had gone through experiences unimaginable to anyone who hasn’t taken a step in those shoes.  Life, death, suicides, marriages, divorces, anxieties and mental struggles surrounded our daily lives.  As a leader of Marines, I was humbled and honored to help so many through their turmoils, trials, and tribulations.  Also while serving, I started my path to obtain my Bachelors degree in Psychology, and because of my love of sports, I also took up coaching youth sports and seeking out adult leagues to play and coach in.  As life would have it, I was unable to continue my journey in the Marine Corps—and because of the separation from my Corps and a simultaneous divorce from my ex, I was forced to start over from scratch.
Perseverance drove me to become an even greater person than I once had been in the Corps, and I had to forcibly change my mental state and the frame of reference of which I saw the situations I found myself in—and this inevitably led me to a point where success in my life was the only option.  I’d secured a very well compensating job and rekindled with my best friend and soulmate whom which I then married, bought a house and then had my son with.  Despite these achievements, the void I had for helping people burned a hole in my soul and left me empty inside.
Being raised in a broken home, being forced to adapt to new situations because of moving between parents, growing up in youth and adult sports, overcoming addictions, living the military life—separating and having to start a completely different life over again (not to mention dealing with the adversities of being a minority in Los Angeles)… these were all a major part of molding me into the cast iron mentor I am today—having helped people literally across the globe.  With my background and my studies in Psychology, I then made the decision that I wanted to bring as many people with me on the road of success that I could.
My decision to provide a service as a non-traditional counselor turned into my decision to walk the road as a Mental Peak Performance Coach; and as a coach who strives to provide the best possible help, I understand that in order to help people in the best way possible, I would need to continue studying people and the mind in different modalities.  So I decided to study Hypnotherapy in order to deepen the tools I have to utilize with my clients, which then opened a door that led onto the road to my Doctorate in Sport Psychology—in which I now study to add yet another element of focus under my belt.
As a man of experience with life, death, love, hate, failure, success, perseverance, education, and drive—it is in my interest, and it’s my duty to help all those that are looking for something more… something better… something good in their lives.
Posted by storyheart52 at 7:19 AM