A Book and a Chat with Pepper Jay

A Book and a Chat with Pepper Jay 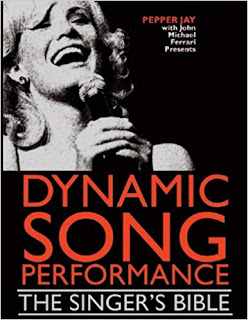 Pepper Jay. I like to say that I’m the most beautiful hard-working retired middle-aged speaker, panelist, author, producer, actress (SAG-AFTRA), Bubby, rancher, woman with salt and pepper braids that you’ve ever met in your entire life who looks forward to working with you.

Allow me to tell you a little about myself. I was born in 1949 and, sometimes, I believe I have lived several lifetimes. My Grandmother was my best friend and her best friend was Sophie Tucker (“The Last of the Red Hot Mamas”). I literally spent my childhood and early teens in the Moulin Rouge, Coconut Grove, Brown Derby, and in Vegas casino showrooms watching the Rat Pack and other entertainers of the time.
Growing up in Hollywood, I began my performance career at age 5, performing in local theatre and TV sitcoms, and I tap danced and performed skits for charity events and fund-raisers.

Entertainment has always been part of my life.

fter graduating from San Diego State University, I obtained a lifetime teaching credential from the State of California and for a decade enjoyed teaching for LA Unified public schools and counseling students and coordinating and producing shows by the 100+ member drill team.
The highlight was interacting with the students and traveling on a regular basis to meet and speak to students in 3 school districts about the power of money.


After graduating with a juris doctorate from the University of San Diego School of Law, I was fortunate to be a successful practicing litigation attorney for 32 years..


From 1993 through 2008, I created and hosted the Working Actors Group, offering scene study, on-camera and auditioning techniques, including cold reading workshops, to working union actors.


Today, I continue with a few private performance coaching clients. I also enjoy leading performance workshops for lawyers, teachers, business people, actors, singers, public speakers, etc. Even an 8th grader afraid to give a book report in front of his class can find relief in learning performance skills. The key is “audience psychology!”


Five of my favorite things at age 68: 1. Spend time with my grand-children. 2. Spend time with my animals. 3. Produce music with my production partner, John Michael Ferrari. 4. Make people’s lives easier through dynamic performance skills. 5. I Volunteer as I continue as an
Ambassador for the Art 4 Peace Awards organization and I sit on the Board of the U.S.S. Emmons Association.


Proud and humbled in 2016 to be the recipient of the 2016 Diamond Rose Award in Entertainment by the Multicultural Motion Picture Association, the Braveheart Lifetime Achievement Award by Art 5 Peace, and commended by the City of Los Angles and City of Beverly Hills, California.